HAL (a.k.a GOD the control freak) is watching Everything 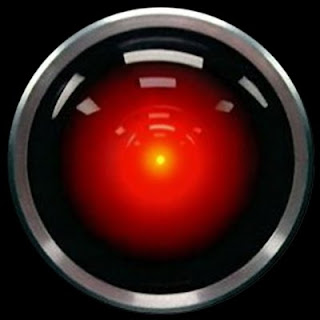 All Seeing Eye. An important symbol of the Supreme Being, burrowed by the Freemasons from the nations of antiquity. Both the Hebrews and the Egyptians appear to have derived its use from that natural inclination of figurative minds to select an organ as the symbol of the function which is intended peculiarly to discharge. Thus, the foot was often adopted as the symbol of swiftness, the arm of strength, and the hand of fidelity. On the same principle, the open eye was selected as the symbol of watchfulness, and the eye of God as the symbol of divine watchfulness and care of the universe. The use of the symbol in this sense is repeatedly to be found in the Hebrew writes. Thus the Psalmist says (Ps. xxxiv. 15): "The eyes of the Lord are upon the righteous, and his ears are open to their cry," which explains a subsequent passage, (Ps. cxxi. 4,) in which it is said: "Behold, he that keepeth Israel shall open neither slumber nor sleep."

In the Apocryphal "Book of the Conversation of God with Moses on Mount Sinai," translated by Rev. W. Cureton from an Arabic MS. of the fourteenth century, and published by the Philobiblon Society of London, the idea of the eternal watchfulness of God is thus beautifully allegorized:

"Then Moses said to the Lord, O Lord, dost thou sleep or not? The Lord said unto Moses, I never sleep: but take a cup and fill it with water. Then Moses took a cup and filled it with water, as the Lord commanded him. Then the Lord cast into the heart of Moses the breath of slumber; so he slept, and the cup fell from his hand, and the water which was therein was spilled. Then Moses awoke from his sleep. Then said God to Moses, I declare by my power, and by my glory, that if I were to withdraw my providence from the heavens and the earth, for no longer a space of time than thou hast slept, they would at once fall to ruin and confusion, like as the cup fell from thy hand." (Things to Come)

On the same principle, the Egyptians represented Osiris, their chief deity, by the symbol of an open eye, and placed this hieroglyphic of him in all their temples. His symbolic name, on the monuments, was represented by the eye accompanying a throne, to which was sometimes added an abbreviated figure of the god, and sometimes what has been called a hatchet, but which, I consider, may as correctly be supposed to be a representation of a square.

The All-Seeing Eye may then be considered as a symbol of God manifested in his omnipresence - his guardian and preserving character - to which Solomon alludes in the Book Proverbs (xv.3), when he says: "The eyes of Jehovah are in every place, beholding (or, as it might be more faithfully translated, watching) the evil and the good." It is a symbol of the Omnipresent Deity. 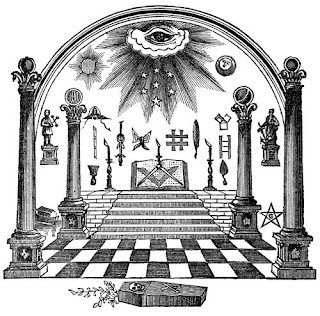 Posted by Jerd Guillaume-Sam at 11:55 PM