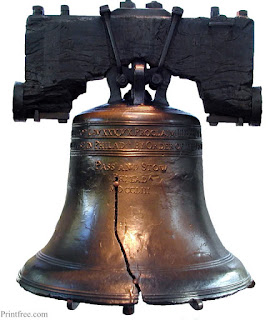 Bel, is the contracted form of Baal, and was worshiped by the Babylonians as their chief deity. The Greeks and Romans so considered and translated the word by Zeus and Jupiter. It has, with Jah and On, been introduced into the Royal Arch system as a representative of the Tetragrammeton, which it and the accompanying word have sometimes ignorantly been made to displace. At the session of the General Grand Chapter of the United States, 1871, this error was corrected; and while the Tetragrammeton was declared to be the true omnific word, the other three were permitted to be retained as merely explanatory.


Belenus, the Baal of the Scripture, was identified with Mithras and with Apollo, the god of the sun. A forest in the neighborhood of Lausanne is still known as Sauvebelin, or the forest of Belenus, and traces of his name are to be found in many parts of England. The custom of kindling fires about midnight on the eve of the festival of St. John the baptist, at the moment of the summer solstice,which was considered by the ancients a season of rejoicing and of divination, is a vestige of Druidism in honor of this deity. It is a significant coincidence that the numerical value of the letters of the word Belenus(sun the bee), like those of Abraxas and Mithras, all representatives of the sun, amounts to 365, the exact number of the days in a solar year.

Baal, the principal god of the Phoenician and Canaanitish nations, among whom Ashtoreth was the principal goddess. He was the god of the Sun, as ruling and giving life to nature, while Moloch represented the sun as a destroyer, and both these ideas were united later in the god Melkart. The oldest form of worship was on the tops of mountains; thus the Midianites and Amalekites worshiped him on Horeb and Sinai; the Moabites on Mount Peor; the Phoenicians on Carmel, and the Canaanites on Hermon. upright conical stone, either in the open air or in temples, were mark of his presence, but there were no images of him. From the earliest foundations of Tyre he seems to have been the protecting god of that city. His worship spread among all the towns of Phoenicia, including their distant colonies, such as Malta, Carthage, and Cadiz. The Greeks connected him with Hercules. The worship of Baal was very attractive to the Jews, and many years of punishment were necessary to banish it from Israel. The word Baal is often used in connection with some epithet; as Baal-Berith (the Covenant Lord), and Baal-Zebub, Beelzebub (the Fly-God), the idol of the Philistines at Ekron, where he had a temple. Such proper names as Jezebel and Hannibal are compounds of the word Baal.
Posted by Jerd Guillaume-Sam at 4:08 AM