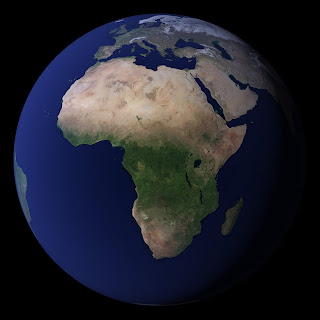 This is emphatically the color of Masonry. It is the appropriate tincture of the Ancient Craft degrees. It is to the Mason a symbol of universal friendship and benevolence, because, as it is the color of the vault of heaven, which embraces and covers the whole globe, we are thus reminded that in the breast of every brother these virtues should be equally as extensive. It is therefore the only color, except white, which should be used in a Master's Lodge. Decorations of any other colr would be highly inappropriate. 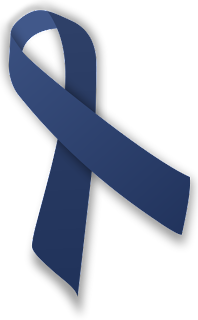 Among the religious institutions of the Jews, blue was an important color. The robes of the high priest's, ephod, the ribbon for his breastplate, and for the plate of the mitre, were to be blue. The people were directed to wear a ribbon of this color above the fringe of their garments; and it was the color of one of the veils of the tabernacle, where, Josephus says, it represented the elements of the air. The Hebrew word used on these occasions to designate the color blue is tekelet; and this word seems to have a singular reference to the symbolic character of the color, for it is derived from a root signifying perfection; now it is well known that, among the ancients, initiation into the mysteries and perfection were synonymous terms; and hence the appropriate color of the greatest of all the systems of initiation may well be designated by a word which also signifies perfection.

This color also held a prominent position in the symbolism of the Gentile nations of antiquity. Among the Druids, blue was the symbol of truth, and the candidate in the initiation into the sacred rites of Druidism, was invested with a robe composed of the three colors white, blue, and green. 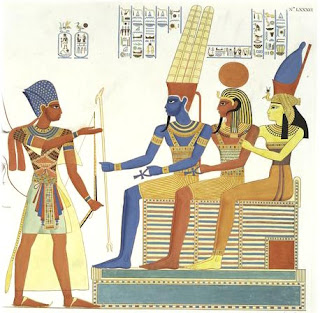 The Egyptians esteemed blue as a sacred color, and the body of Amun, the principle god of their theogony, was painted light blue, to imitate, as Wilkinson remarks, "his peculiarly exalted and heavenly nature."

The Ancient Babylonians clothed their idols in blue, as we learn from the prophet Jeremiah. The Chinese, in their mystical philosophy, represented blue as the symbol of the deity, because being as they say, compounded of black and red, this color is a fir representation of the obscure and brilliant, the male and female or active and passive principles. 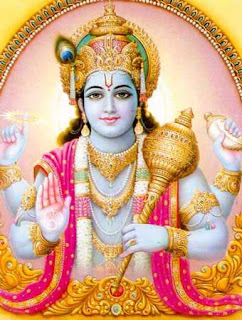 The Hindoos assert that their god Vishnu, was represented of a celestial blue, and thus indicating that wisdom emanating from god was to be symbolized by this color.

Among the mediaeval Christians blue was sometimes considered as an emblem of immortality, as red was of the divine love(lava). Portal says that blue was the symbol of perfection, hope and constancy. "The color of the celebrated dome, azure, "says Weale, in his treatise on Symbolic Colors, "was in divine language the symbol of eternal truth; in consecrated language, of immortality; and in profane language, of fidelity." 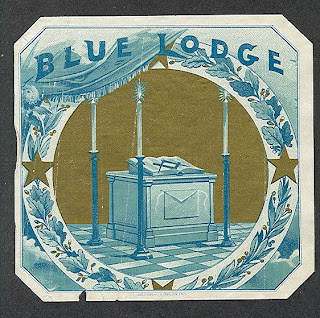 Besides the three degrees of Ancient Craft Masonry, of which blue is the appropriate color, this tincture is also to be found in several other degrees, especially of the Scottish Rite, where it bears various symbolic significations; all, however, more or less related to its original character, as representing universal friendship and benevolence.

In the degree of Grand Pontiff, the nineteenth of the Scottish Rite, it is the predominating color, and is there said to be symbolic of the mildness, fidelity, and gentleness which ought to be the characteristics of every true and faithful brother.

In the degree of Grand Master of all symbolic Lodges, the blue and yellow, which are its appropriate colors, are said to refer to the appearance of Jehovah to Moses on Mount Sinai in clouds of azure and gold, and hence in this degree the color is rather historical than a moral symbol.

The blue color of the tunic and apron, which constitutes a part of the investiture of a Prince of the Tabernacle, or twenty-fourth degree in the Scottish Rite, alludes to the whole symbolic charater of the degree, which teachings refer to our removal from this tabernacle of clay to "that house not made with hands eternal in the heavens." The blue in this degree is therefore, a symbol of heaven, the seat of our celestial tabernacle. 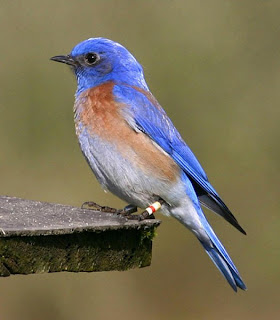 Bluebird, or BLUE WARBLE, is an American bird, coming at the opening of spring, and is known in most regions as a summer bird of passage. About the size of an English robin, its upper parts are of a rich sky-blue color; the throat and breast are reddish chestnut, and the belly white. It builds close to the houses of men, and is fond of a box box for its nest. Its note is soft and agreeable. The female, which is duller in color than the male, lays five or six pale blue eggs, and has two or three broods in the seaon. The male is noted for its courage in protecting the nest. 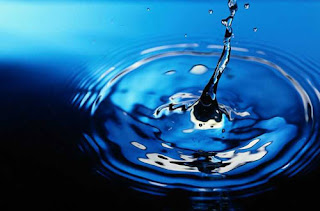 Water is a clear transparent liquid, formed of oxygen and hydrogen. It is almost colorless though in large masses looks blue. It freezes at 32 degrees, and boils at 212 degrees and passes off into steam. Water dissolves almost everything it comes in contact with, so that strictly pure water is never found. Rain water is the purest form, but even that has absorbed air and ammonia. Water is found very widely distributed in nature in the form of ice and snow, in watery vapor in the air, in lakes, in rivers and seas, in the soil and rocks and in the sap and juices of plants and in the blood and flesh of animals. It forms three-fourths of the surface of the earth, and three-fourths of the surface or seven-eighths of the human body. The ocean is nature's great reservoir (or cistern), and from it all other water may be said to be taken. A constant stream of vapor passes into the atmosphere, and is condensed in colder regions, returning to the earth(rego) in the form of rain, dew, frost, and snow, which fertilizes the earth, and are collected into pools, springs, lakes and rivers, and finally their way back to the ocean(rego). These waters all take up various substances, as is sen by the color of different rivers which varies as the soil through which they pass. The water of the ocean is salt, but the saline (salty) matter does not form a vapor and so is left behind when the watery vapor rises from its surface. Besides its use in watering the earth, feeding animal and vegetable life, water has been the great agent in forming the surface of the earth. A river carries with it a large amount of earthly matter of which it has robbed the hills in which it springs, and deposits it in the valley through which it flows, the great bars and deltas at the mouths of rivers being example of the amount of land sometimes formed by the sediment in a river. This double process of breaking down and dissolving the rocks, and depositing and building up the land is constantly going on, and has been going on for ages. Geology gives the results of this constant action of water in past ages as seen in the strata or layers of rocks, which form the earth. In the form of ice and glaciers it has also had a large part to play in forming the continents. Some of the many purpose it serves are its use in supplying a motive power to machinery, either mechanically, as in waterfalls, or by its expansion into steam , its uses in cleansing and cooking for domestic purposes, its use in the laboratory as a solvent or dissolver of most substances, its universal use by men, animals and plants for drinking purposes. See ICE, GLACIERS, WATER WORKS, WATERFALL, OCEAN, SEA, etc.
Posted by Jerd Guillaume-Sam at 8:09 PM