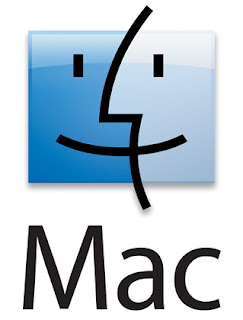 Benac. A significant word in Symbolic Masonry, obsolete in many of the modern systems, and whose derivation is uncertain.

Mac. Masonic writers have generally given to this word the meaning of "smitten," deriving it probably from the Hebrew verb nacha, to smite. Others, again, think it is the word mak, rottenness, and suppose that it means "he is rotten." Both derivations are, I think, incorrect.

Mac is a constituent part of the word macbenac, which is the substitue Master's word in the French Rite, and which is interpreted by the French ritualists as meaning "he lives in the son." But such a derivation can find no support in any known Hebrew root. Another interpretation must be sought. I think there is evidence, circumstantial at least, to show that the word was, if not an invention of the Ancient or Dermott Masons, at lest adopted by them in distinction from the ones used by the Moderns, and which latter is the word now in use in this country. i am disposed to to attribute the introduction of the word into Masonry to the adherents of the house of Stuart, who sought in every way to make the institution of Freemasonry a political instrument in their schemes for the restoration of their exiled monarch. Thus the old phrase, "the widow's son," was pplied by them to James the Second, who was the son of Henrietta Maria, the widow of Charles the First. So, instead of the old Master's word which had hitherto been used, they invented macbenac out of the Gaelic, which to them was, on account of their Highland supporters, almost a sacred language in the place of Hebrew. Now, in Gaelic, Mac is son, beannaich, to bless. The latest dictionary published by the Highland Society gives this example: "Benach De Righ Albane, Alexander, MacAlexander," etc., i.e., Bless Alexander, etc. Therefore we find, without any of those distortions to which etymologists so often recur, that macbenac means in Gaelic "the blessed son." This word the Stuart Masons applied to their idol, the Pretender, the son of Charles I.

Macbenac. 1. A significant word in the third degree according to the French Rite and some other rituals. 2. In the Order of Beneficent Knights of the Holy City, the recipiendary, or novice, is called Macbenac.


Mark Morrison Return Of The Mack
Posted by Jerd Guillaume-Sam at 12:22 AM