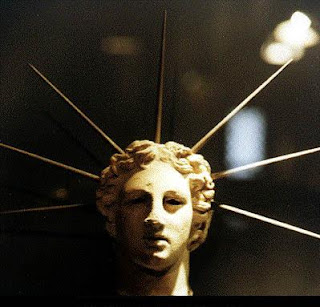 HELios, or Sol, belonged likewise to the ancient deities; in which, with a few strong features, the grand objects of nature are personified; for it is the shining sun that appears in the image of Helios. His head is surrounded by rays, and he gives light both to gods and men (archived ancient information, knowledge, wisdom, hidden high sciences). HE SEES AND HEARS EVERYTHING AND DISCOVERS ALL THAT IS KEPT SECRET.

To him were sacred those fat OXen that grazed without herdsmen (The Priesthood) in the Island of Sicily, and at the sight of which he was delighted as he passed through the skies. When, therefore, the companions of Ulysses had killed several of them, the god of the sun threatened Jupiter that he would descend into Orcus and carry light to the dead unless he avenged the injury done him. Jupiter terrified by his threats, immediately dashed the ship in pieces, so that Ulysses' companions became a prey to the sea. 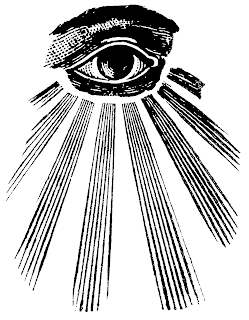 Sometimes the god of the sun is called Titan, on account of his belonging to that family; or from his father, with whom he sometimes confounded in ancient tales; or Hyperion, a name which signifies height sublimity; and it is remarkable that a term of precisely the same import (Ikare) (I care)is applied to the same luminary by the Iroquois of North America.

Sol was an object of veneration among the ancients, and was particularly worshiped by the Persians under the name of Mithras.

Posted by Jerd Guillaume-Sam at 12:24 AM