I FORM THE LIGHT AND CREATE DARKNESS (Isaiah 45:7) 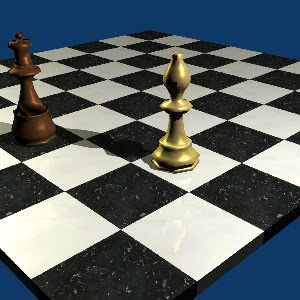 In the mythologies, religions etc. the deities were referred to as Sons of Light. Freemasons are called the "Sons Of Light," because they are, or at least are entitled to be, in possession of the true meaning of the symbol supposedly; while the profane or uninitiated who have not received this knowledge are, by a parity of expression, said to be in the darkness. Among the Egyptians, the hare was the hieroglyphic of eyes that are open, because that animal was supposed to have his eyes always open. In the Hebrew language the word for "hare" is arnebet, which seems to be compounded of aur, "light," and nabat, "to see;" so that the word which among the Egyptians was used to designate an initiation, among the Hebrews meant to see the light. As light was adorned as the source of goodness, darkness, which is the negation of light, was abhorred as the cause of evil, and hence arose that doctrine which prevailed among the ancients, that there were two antagonistic principles continually contending for the government of the world.

Such was the dogma of Zoroaster, the Persian philosopher, who, under the names of Ormuzd and Ahriman, symbolized these two principles of light and darkness. Such was also the doctrine, though somewhat modified , of Manes, the founder of the sect of Manichees, who describes God the Father as ruling over the kingdom of light and contending with the powers of darkness. Pythagoras also maintained this doctrine of two antagonistic principles. He called the one, unity, light, the right hand, equality, stability, and a straight line; the other he named binary, darkness, the left hand, inequality, instability, and a curved line. Of the colors, he attributed white to the good principle, and black to the evil one. The Jewish Kabbalists believed that, before the creation of the world, all space was filled with the Infinite Intellectual Light, which afterwards withdrew itself to an equal distance from a central point in space, and afterwards by its emanation produced future worlds. The first emanation of this surrounding light into the abyss of darkness produced what they call "Adam Kadmon," the first man, or the first production of the divine energy. In the Bhagvat Geeta, (one of the religious books of the Brahmans,) it is said: "Light and darkness are esteemed the world's eternal ways; he who walketh in the former path returneth not, - that is, he goeth immediatly to bliss; whilist he who walketh in the latter cometh back again upon the earth." In fact, in all the ancient systems, this reverence for light, as an emblematic representation of the Eternal Principle of Good, is predominant. In the mysteries the candidate passed, during the initiation, through scenes of utter darkness, and at length terminated his trials by an admission to the splendidly illuminate sacelum, where he was said to have attained pure and perfect light. Personally I would stay away from the "Light" they mention, because you have to ask yourself what they really mean by light. By Light they mean the primitive light or how humanity once lived in the beginning which was as hermaphrodites. So searching for this "Light" is following the will of our controllers which is to bring us through genetic engineering means to a Ubermensch styled Pseudo Hermaphrodite Super Slave. 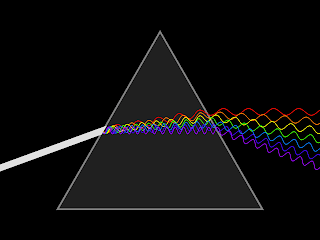 Light, in physiology is certain subtle particles of matter, capable of exciting in us the sensation of colors. Light consists of an inconceivably great number of particles flowing from a luminous body in all manner of directions; and these particles are so small, as to surpass all human comprehension. That the number of particles of light is inconceivably great, appears from the light of a candle; which if there be no obstacle in the way to obstruct the passage of its rays, will fill all the space within two miles of the candle every way with luminous particles, before it has left the least sensible part of its substance.

A ray of light is a continued stream of these particles, flowing from any visible body in a straight line; and the particles themselves are incomprehensibly small. Since no object can be seen through the bore of a bending pipe, it is evident that the rays of light move in straight lines, while there is nothing to refract or turn them out of their rectilineal course. Anything through which the rays of light can pass, is called a medium; as air, water, glass, diamond, or even a vacuum. While the rays of light continue in any medium a uniform density , they're straight; but when they pass obliquely out of one medium into another which is either more dense or more rare, they are refracted towards the denser medium; and this refraction is more or less, as the rays fall more or less obliquely on the refracting surface which divides the mediums. The time of a sun rising or setting, supposing its rays suffered no refraction, is easily found by calculation. But observation proves, that the sun rises sooner and sets later every day than the calculated time. For, though the sun's rays do not come part of the way to us through water, yet they do through the air or atmosphere, which being a grosser medium than the free space between the sun and the top of the atmosphere, the rays, by entering obliquely into the atmosphere, are there refracted, and thence bent down to earth. And although there are many places of the earth to which the sun is vertical at noon, and consequently its rays can suffer no refraction at that time, because they become perpendicularly through the atmosphere; yet there is no place through which the sun's rays do not fall obliquely on the top of the atmosphere, at its rising and setting; and consequently, no clear day in which the sun will not be visible before it rises in the horizon, and after it sets in it; and the longer are shorter, as the atmosphere is more or less replete with vapors.
Posted by Jerd Guillaume-Sam at 2:35 PM