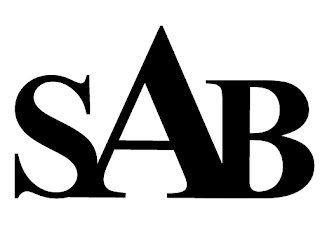 Yale University's "Eyes Wide Shut" Skull and Bones Society represent the Neanderthal Moho-Roma Genetic and Human Engineers. They have unlimited funds. Their goal is to identify the DNA cocktail that, once inserted in a female egg and implanted in a surrogate mother (Virgin Mary), will then produce offspring scions with the skeletal and muscular structure of a physically perfect task-specific SuperSlave, everytime. See Mohammed Ali, Tiger Woods, Mike Tyson, Lance Armstrong, B. J. Singh, etc.. The BAS (Skull and Bones) also want this offspring's binary code reversed so as to produce a new third kind gender, a 2 in 1 hermaphrodite, which will then replace both the existing male and female genders. Finally, they want "IT" to have dumbed-down Mongolian syndrome, as these intelligent, single-minded greedy "Mongoloids" (idiot-savants), can also be human engineered into the best hippocrites; journalists, priests, politicians and suicide bombers.

The SABBELLIANS were a sect of Christians of the 3rd century, that embraced the opinions of Sabellius, a philosopher of Egypt, who openly taught that there is but one person in the Godhead. The Sabellians maintained, that the Word and the Holy Spirit are only virtues, emanations, or functions of the Deity; and held, that he who is in heaven is the Father (a.k.a. Neanderthaler) of all things, descended into the virgin(genetic engineering), became a child, and was born of her as son; and that having accomplished the mystery of our salvation, he diffused himself on the apostles in tongues of fire(language), and was then denominated the Holy G-host. This they explained by resembling God to the sun, the illuminative virtue or quality of which was the Word, an its wanting virtue the Holy Spirit. The Word, they taught, was darted like a divine ray, to accomplish the work of redemption; and that, being reascended to heaven, the influences of the Father were communicated after a like manenr to the apostles.

In church history, a sect of idolaters much more ancient than the Jewish law. In the early ages of the world, idolatry was divided between to sects; the worshipers of images, called Sabaeans, Sabians; and the worshipers of fire, called magi. [See MAGI] The SABAEANS began with worshiping the heavenly bodies, which they fancied were animated by interior deities. In the consecration of their images, they used many incantation to draw down into them from the stars those intelligences for whom they erected them, whose power and influence they held afterwards dwelt in them. This religion, it is said, first began among the Chaldeans, with their knowledge in astronomy; and from this it was that Abraham separated himself, when he came out of Chaldea. From the Chaldeans it spread all over the east; and from thence to the Grecians, who propagated it to all the nations of the known world. The remainder of this sect still subsists in the east and pretend to derive their name from Sabius a son of Seth; and among the books in which the doctrines of the sect are contained, they have one which they call the book of Seth, and which they pretend was written by the patriarch.

The Assyrian empire on the Tigris and the Upper Euphrates, rose much later than the Babylonian, which it subdued, but which under the father of Nebuchadnezzar cast off the yoke, and attained the power. The caste of priests named Chaldeans, distinguished for their knowledge of the order and courses of the heavenly bodies, the objects of Babylonian worship, was to be found here; by the early establishment of despotism permitted not a division of the people into any other castes. It was mandatory for all free Chaldeans to be educated and to learn tablet writing. These Chaldeans were divided into several orders under a head appointed by the king. Birth was not a necessary qualification for admittance into their body. We find (as in the case of Daniel) Jews placed in the highest rank among them. They derived their support from lands assigned to them. The nature of the occupations of the Babylonians made a race of men of importance, who pretended to a knowledge of the ways of the gods, who measured the land, marked the seasons, and announced the hours of good and evil fortune; yet almost all their boasted wisdom was mere jugglery and deceit.

DANIEL, (a Hebrew word meaning "God s judge"), was a Hebrew prophet/profit. According to the bible which bears his name, he descended from one of the highest families in Judah. As a youth, he was carried captive to Babylon with three other Hebrew youths of rank. He and his companions were chosen for instruction in the language of literature of the Chaldeans, and the names of all four were changed - Daniel being called Belteshazzar; that is, prince of Bel. Not long after, he interpreted a dream for Nebuchadnezzar, and in consequence he rose into high favor, was made governor of the province of Babylon, and head inspector of the priestly caste. This high position he kept under Darius and Cyrus, in spite of the intrigues of hostile courtiers. At one time, because he refused to give up the worship of God, he was cast into a den of lions, but was preserved, and reached still higher rank. He assisted his people in their return to their native land. The book of Daniel was written partly in Hebrew, and partly in Aramaic, and is now divided into twelve chapters, the first half consisting of narratives, and the second half of predictions. The predictions are in the form of visions, which tell the history of four successive empires, the Chaldean, Median, Persian and Macedonian culminating in the kingdom of Christ.

The SABBATH, or the day of rest, a solemn festival of the Jews, on the seventh day of the week, or Saturday, beginning from sunset on Friday, to sunset on Saturday. The observation of the Sabbath began with world; for God having employed six days(6,000 days- see college of 6 days) in its creation, appointed the seventh as a day of rest to be observed by man, in commemoration of that great event. On this day the Jews were commanded to abstain from all labor, and to give rest to their cattle. They were not allowed to go out of the city farther than two thousand onbits, or a mile; a custom which was founded on the distance of the ark from the tents of the Israelites, in the wilderness, after their leaving Egypt; for being permitted to go, even on the sabbath day, to the tabernacle to pray, they from thence inferred, that the taking a journey of no greater length, tho' on a different account, could not be a breach of the sabbatical rest.

As the seventh day was a day of rest to the people, so was the seventh year to the land; it being unlawful to this year to plow or sow, and whatever the earth produced belonged to the poor; this was called the sabbatical year. The modern, as well as the ancient, Jews, are very superstitious in the observance of sabbath; they carry neither arms, nor gold nor silver about them, and are permitted neither to touch these, nor candle, nor anything belonging to fire; on which account they light up lamps on Friday, which burn till the end of the sabbath. `

Posted by Jerd Guillaume-Sam at 3:34 PM