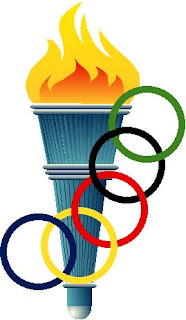 The Rhodes program, the Olympics and Oscars etc., are then used to gage the success of the different models of slaves. These results allow the 'ENGINEERS' to further modify UBERMENSCH DNA, their planned third kind SuperMan~SuperSlave replacement of the existing two genders. At Olympia, every fifth year, the Olympic games were celebrated in honor of Zeus. This festival consisted of religious ceremonies, athletic contests and races, and was under the immediate superintendence of the Olympian Zeus. The exact interval at which they recurred was one of forty-nine and fifty lunar months alternately; so that the celebration sometimes fell in the month of July and sometimes in August.

The worship of Apollo was associated with that of Zeus, and the early tradition connects Hercules with the festival. There is another proof of the Dorian origin of the games, for Apollo and Hercules were two of the principles deities of the Doric race. There were altars at Olympia to other gods, which were said to have been erected by Hercules, and at which the victors sacrificed.

The festival itself may be divided into two parts, the games or contests, and the festival rites connected with the sacrifices, with the processions, and with the public banquets in honor of the conquerors. The conquerors in the games and private individuals, as well as the theori or deputies from the various states, offered sacrifices to the different gods; but the chief sacrifices were offered by the Eleans in the name of the Elan state.

The contests consisted of various trials of strength and skill, which were increased in number from time to time. The earliest of these games was the foot race, and was the only contest during thirteen Olympiads. The space run was the length of the stadium in which the games were held, namely, about six hundred English feet.

In the 14th Olympiad wrestling was introduced B.C. 708. The wrestlers were matched in pairs by lot. When there was an odd number, the person who was left by the lot without an antagonist, wrestled last of all with him who had conquered the others. The athlete who gave his antagonist three throws, gained the victory. There was another kind of wrestling in which if the combatant who fell could drag down his antagonist with him, the struggle was continued on the ground, and the one who succeeded in getting uppermost and holding the other down, gained the victory.

In the same year was introduced the Pentathlon, which consisted of five exercises, viz. leaping, running, throwing the quoit, throwing the javelin, and wrestling. In leaping, they carried weights in their hands, or on their shoulders, and their object was to leap the greatest distance without regard to height. The Discus or quoit was a heavy weight of a circular or oval shape; neither this nor the javelin was aimed at a mark; but he who threw the furthest was the victor. In order to gain the victory in the Pentathlon, it was necessary to conquer in each of the five parts. Boxing was introduced in the 23rd Olympiad (B.C. 688). The boxers had their hands and arms covered with thongs of leather called cestus, which served to defend them as well as to annoy the antagonists. The Pancratium consisted of boxing and wrestling combined. In this exercise, and in the cestus, the vanquished combatant acknowledged his defeat by some sigh; and this is supposed to be the reason why the Spartans were forbidden by the laws of Lycurgus to practice them, as it would have been esteemed a disgrace to his country, that a Spartan should confess himself defeated.

The horse races were of two kinds, the chariot race and the horse race. The chariot race, generally with for horse chariots, was introduced in the 25th Olympiad (B.C. 680). The course had two goals in the middle, at the distance probably of two stadia from each other. The chariot started from one of these goals, passed round the other, and returned along the other side of the Hippodrome. This circuit was made twelve times; and the great art of the charioteer consisted in turning as close as possible to the goals, but without running against them or against the other chariots. The places at the starting posts were assigned to the chariots by lot. There was another race between chariots with two horses, and a race between chariots drawn by mules was introduced in the 70th Olympiad and abolished in the 84th.

There were two sorts of races on horseback - one in which each competitor rode one horse throughout the course, and another, in which as the horse approached the goal, the rider leaped from his back and keeping hold of the bridle, finished the course on foot. In the 37th Olympiad (B.C. 632), running on foot and wrestling between boys was introduced. There also contests in poetry and music at the Olympiads festivals.

The Hellanodicae, or judges in the Olympic games, were chosen by lot from the whole body of the Eleans. Their office probably lasted for one festival, during which time it was their duty to see that all the laws regulating the games were observed by the competitors and others to determine the prizes, and to give them to the conquerors. An appeal from their decision to the Elean Senate. Their office was considered most honorable. Their dress was a purple robe, and in the stadium a special seat was appropriated to them. Under the direction of the Hellanodicae was a certain number of deputies, who formed a kind od police, who carried into execution the commands of the Hellanodicae.

All persons were admitted to a contest in the Olympic games who could prove that they were free men, that they were of genuine Hellenic blood, and that their characters were free from infamy and immorality. So great was the importance attached to the second of these particulars, that the kings of Macedon were obliged to prove their Hellenic descent before gaining admittance. The equestrian conquests were necessarily confined to the wealthy, who displayed in them great magnificence; but the poorest citizens could contend in the athletic contests. The owners of the chariots and horses were not obliged to contend in person; and the wealthy vied with one another in the magnificence of the chariots and horses which they sent to the games. Alcibiades sent seven chariots to one festival, a greater number than had ever been sent by a private person; three of them obtained prizes. The only prize given to the conqueror was a garland of wild olive.

The Greek kings in Sicily, Macedon, and other parts of the Hellenic world, contended with one another for the prize in the equestrian contests. The Olympic games were celebrated with much splendor under the Roman Emperors, by many of whom great privileges were awarded to the conquerors. In the sixteenth year of the reign of Theodosius, A.D. 394 (O1. 293), the Olympic festival was forever abolished . The description of the Olympic games will, for the most part, serve also for the other three great festivals of Greece, viz. the Isthmian, Nemean, and Pythian games.

Years later, a young Grand Orient Freemasonic Frenchmen named Pierre de Coubertin began their revival. Coubertin is now known as le Rénovateur. Coubertin was a French aristocrat born on January 1, 1863. He was only seven years old when France was overrun by the Germans during the Franco-Prussian War of 1870. Some believe that Coubertin attributed the defeat of France not to its military skills but rather to the French soldiers' lack of vigor.* After examining the education of the German, British, and American children, Coubertin decided that it was exercise, more specifically sports, that made a well-rounded and vigorous person.

Coubertin's attempt to get France interested in sports was not met with enthusiasm. Still, Coubertin persisted. In 1890, he organized and founded a sports organization, Union des Sociétés Francaises de Sports Athlétiques (USFSA). Two years later, Coubertin first pitched his idea to revive the Olympic Games. At a meeting of the Union des Sports Athlétiques in Paris on November 25, 1892, Coubertin stated,

Let us export our oarsmen, our runners, our fencers into other lands. That is the true Free Trade of the future; and the day it is introduced into Europe the cause of Peace will have received a new and strong ally. It inspires me to touch upon another step I now propose and in it I shall ask that the help you have given me hitherto you will extend again, so that together we may attempt to realise [sic], upon a basis suitable to the conditions of our modern life, the splendid and beneficent task of reviving the Olympic Games.**

His speech did not inspire action. Though Coubertin was not the first to propose the revival of the Olympic Games, he was certainly the most well-connected and persistent of those to do so. Two years later, Coubertin organized a meeting with 79 delegates who represented nine countries. He gathered these delegates in an auditorium that was decorated by neoclassical murals and similar additional points of ambiance. At this meeting, Coubertin eloquently spoke of the revival of the Olympic Games. This time, Coubertin aroused interest.

The delegates at the conference voted unanimously for the Olympic Games. The delegates also decided to have Coubertin construct an international committee to organize the Games. This committee became the International Olympic Committee (IOC; Comité Internationale Olympique) and Demetrious Vikelas from Greece was selected to be its first president. Athens was chosen as the location for the revival of the Olympic Games and the planning was begun.

Posted by Jerd Guillaume-Sam at 4:22 AM