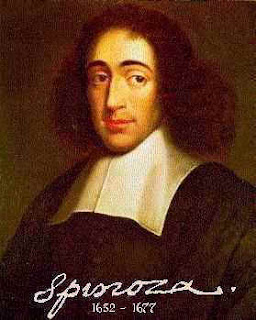 Spinozism is the doctrine of Spinoza, or atheism and pantheism proposed after the manner of Spinoza, who was born a Jew at Amsterdam.

The great principles of Spinozism, is that there is no thing properly and absolutely existing besides matter and the modifications of matter; among which are even comprehended thought, abstract and general ideas, comparisons, relations, combinations of relations etc.

The chief article in Spinoza's system are reducible to these. That there is but one substance in nature; and that this only substance is endued with an infinite number of attributes among which are extension and cogitation: that all the bodies in the universe are modifications of this substance considered as it is extended: and that all the souls of men are modifications of the same substance considered as cogitative; that God is a necessary and infinitely perfect Being, and is the cause of all things that exist, but not a different being from them; that there is but one being and one nature, and that this nature produces within itself, by an immanent act, all those which we call creatures; and that this being is at the same time both agent and patient, efficient cause and subject, but that he produces nothing but modifications of himself.
Posted by Jerd Guillaume-Sam at 4:36 PM