Diamond cutting is much like Genetic Engineering and Frontal Lobotomy.
NADER SHAH (1688-1747). Often called the "Napoleon of Iran," the 18th-century bandit leader Nader Shah created an empire that stretched from northern India to the Caucasus Mountains. Nader Qoli Beg was born in Kobhan, Iran, on Oct. 22, 1688, into one of the Turkish tribes loyal to the Safavid shahs of Iran. In 1726, as head of a group of bandits, he raised an army of 5,000 to help Shah Tahmasp II regain the throne the shah's father had lost four years before. Success in battle brought the bandit power enough to restore the shah and then depose him in favor of the shah's infant son. When the son died in 1736, Nader had himself proclaimed shah.

To consolidate his hold on Iran, he waged a relentless military campaign against the Mughal Empire of India to the south and the Russians to the north. He defeated the main Mughal armies, entered Delhi, and returned to Iran with the famous peacock throne and the even better-known Koh-i-noor diamond. 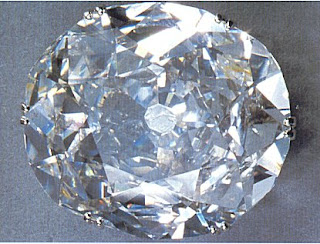 The Koh-i-noor is probably the best known of all diamond gems. There is a tradition that it was taken in 1304 from a rajah at Malwa, whose family had held it for centuries. It is believed to have been guarded with other treasures at Delhi until 1739, when it was carried off by Nader Shah of Persia. After further adventures the diamond was surrendered to the East India Company, whose directors presented it to Queen Victoria of England. It was a badly cut diamond that lacked brilliance, but it weighed 191 carats. Queen Victoria had it recut by Garrards of London in 1852, and the gem now weighs 109 carats. It is among the English crown jewels. 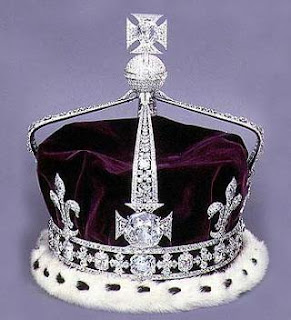 Nader Shah then led successful campaigns against the Russians and the Ottoman Turks. He was a cruel and ruthless king whose harshness toward his subjects became more pronounced the longer he was in power. The extravagant cost of his wars drained the treasury. His attempt to turn his subjects from the Shi'ite to the Sunni form of Islam cost him what little popularity he had. He was assassinated in June 1747.

The SculPTor
Posted by Jerd Guillaume-Sam at 9:28 PM