Historic Cabala -Also known in the West as the Kabalarian Philosophy

Caballa is, in masonic theology, a philosophical - theological method or system of coding, decoding and interpreting the occult meaning of letters and words. The principles were secretly known only to a few chosen teachers. This ancient prehistoric code was first leaked to the public by a Rabbi Akiba, during the encoding period of the final 66 texts chosen as the first Christian Bible(2nd century AD). 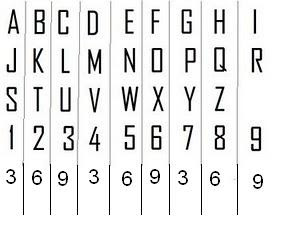 Along with the Torah, the first five books of the Hebrew oral traditions that are popularly known as the "Old Testament" (attributed to Moses), the "New Testament" was, reportedly, also being falsely attributed to a local of 44 different authors.


The word CABAL is derived from its Hebrew meaning, which means to recieve. One victory the neo-Cabalists celebrate is their conquests of England, in the 17th century. The participants in this cabal were Clifford, Ashley, Buckingham, Arlington and Laurendale whose acronym "coincidentally", if one does not believe in conspiracy" spells out the word CABAL.

Truth is is a high occultic term . That's why they wrote it into the New Testament as well and you have Pontius Pilate. Pontius is bridge, remember, and a pilot is one who navigates, the navigator, a Masonic term. You find that Pontius Pilate when asked by Jesus what it meant, what truth was, he says, "what is truth?" In the occult Kabbalah, even today, that was heavily borrowed from ancient Kabbalah, regardless of what some will tell you. E. Wallis Budge that deciphered the Egyptian hieroglyphs said the Kabbalah was far older and he'd found that out by studying Egyptology. You'll find that a truth doesn't exist as such in the Kabbalah, neither does good or evil. There's only effects and guidance for those effects, and truth is something – you see, truth tends towards morality or human behavior as being moral; and I'm talking about innate morality, not conditioned morality. In the culture that we live in today, you'll find it doesn't matter what culture you live in, these are all modernly created cultures and they could reverse all the values tomorrow and those would then become the norm. Therefore, to them in the high occult, truth is a dirty word, there's only the effects and especially the planned and guided effects.
Posted by Jerd Guillaume-Sam at 10:42 PM