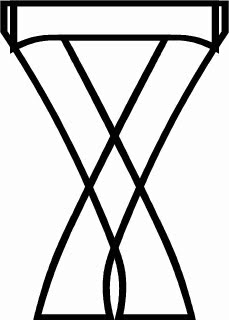 NUMBER SEVEN IS "RESHAPING A NEW EVE" BY REVERSE ENGINEERING

A GG I-pod Bag Lady/Laddy for the UniversE

The product is EQUILIBRIUM, a new gender balance called "a belt" or, "the root of Mitt" (See Mitt Romney and the Michigan Peninsula).

It is Allah's caDILLac of all slaves, an UBERMENSCH (a shapian/shapian).

In every system of antiquity there is a frequent reference to this number, showing that the veneration for it proceeded from some common cause. It is equally a sacred number in the Gentile as in the Christian religion. Oliver says that this can scarcely be ascribed to any event, except it be the institution of Sabbath. Higgins thinks that the peculiar circumstance, perhaps accidental, of the numbers of days of the week coinciding exactly with the number of the planetary bodies probably procured for its character of sanctity. The Pythagoras called it a perfect number, because it was made up of 3 and 4, the triangle and the square, which are the two perfect figures. They called it also a virgin number, and without mother, comparing it to Minerva, who was a motherless virgin, because it cannot by multiplication produce any number within ten, as twice two does four, and three times three does nine; nor can any two numbers, by their multiplication, produce it.
It is singular to observe the important part occupied by the number seven all the ancient systems. They were, for instance, seven ancient planets, seven Pleiades, and seven Hyades; seven altars burned continually before the god Mithras; the Arabians had seven holy temples; the Hindus supposed the world to be enclosed within the compass of seven peninsulas; the Goths has seven deities, viz, the Sun, the Moon, Tuisco, Woden, Thor, Friga, and Seatur, from whose names are derived our days of the week; in the Persian mysteries were seven spacious caverns, through which the aspirant had to pass; in the Gothic mysteries, the candidate met with seven obstructions, which were called the "road of the seven stages;" and, finally, sacrifices were always considered as most efficacious when the victims were seven number.

Much of the Jewish ritual was governed by this number, and the etymology of the word shows its sacred import, for the radical meaning of shabang, is says Parkhurts, sufficency or fulness. The Hebrew idea, therefore, like the Pythagorean, is that of perfection. To both the seven was a perfect number. Again: means to swear, because oaths were confirmed either by seven witnesses, or by seven victims offered in sacrifice, as we read in the covenant of Abraham and Abimelech. (Gen xxi. 28.) Hence, there is frequent recurrence to this number in the scriptural history. The Sabbath was the seventh day; Noah received seven days' notice of the commencement of the deluge, and was commanded to select clean beasts and fowls by sevens; seven persons accompanied him into the ark; the ark rested on Mount Ararat in the seventh month; the intervals between dispatching the dove were, each time, seven days; the walls of Jericho were encompassed seven days by seven priests, bearing rams' horns; Solomon was seven years building the Temple, which was dedicated in the seventh month, abd the festival lasted seven days;the candlestick in the tabernacle consisted of seven branches; and, finally, the tower of Babel was said to have been elevated seven stories before the dispersing.

Seven is a sacred number in Masonic symbolism. It has always been so. In the earliest rituals of the last century it was said that a Lodge required seven to make it perfect; but the only explanation that I can find in any of those rituals of the sacredness of the number is the seven liberal arts and sciences, which, according to the old "Legend of the Craft," were the foundation of Masonry. In modern ritualism the symbolism of seven has been transferred from the first to the second degree, ans there it is made to refer only to the seven steps of the Winding Stairs; but the symbolic seven is to be found diffuse in a hundred ways over the whole Masonic system.
An Encyclopedia of Freemasonry
Posted by Jerd Guillaume-Sam at 2:20 AM