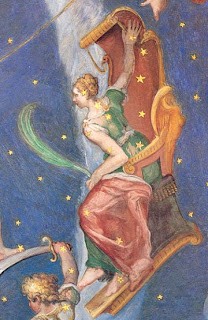 Cassiopeia, the Lady in Her Chair, a constellation in the northern hemisphere, Cepheus, and not far from the north pole. It is named after the mother of Andromeda. It is marked by five stars of the third magnitude. forming a figure like a W. In 1572 there all at once appeared in this constellation a new star, which, when first noticed by Tycho Brahe', exceeded in brightness all the fixed stars, and nearly equaled Venus. The star gradually diminished in luster, and disappeared in March, 1574. 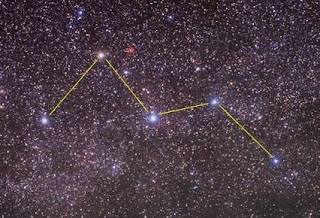 Posted by Jerd Guillaume-Sam at 12:56 PM