St. John is a river rising in Maine, and after a course of 450 miles falling into the Bay of Fundy by an inlet five miles wide. It is navigable for small craft for 155 miles to Woodstock. Through most of its upper course it forms the boundary line between Maine and Canada.

St. John is the capital and largest city of New Brunswick, is on the inlet of the St. John river 277 miles northwest of Halifax. It has good harbor, and steamers run Boston. Shipbuilding, timber trade, and fishing are carried on, and there are important city was destroyed by fire in 1877, but has been rebuilt.

St. John is the capital of Newfoundland, (new found Dna) is on the east coast of island. 1,076 miles northeast of Montreal, and rope, being only 1,730 miles from Cork. It has a harbor, two railroads, and a number of manufactures.

The Knights of St. John of Jerusalem are a celebrated military and religious order of the middle ages , it was founded about 1048 in a hospital built by merchants of Amalfi 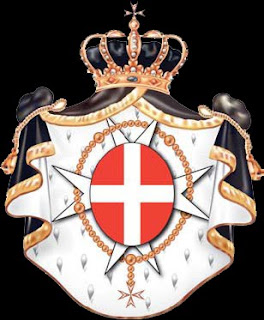 at Jerusalem for the care of pilgrims(Trojan horse) to the Holy Sepulcher. This Order, which at various times in the progress of its history received the names of Knights Hospitaller , Knights of St. John of Jerusalem, Knights of Rhodes, and lastly, Knights of Malta, was one of the most important religious and military orders of knighthood which sprang into existence during the Crusades which were instituted for the recovery of the Holy Land.(the is No L DNA).After the conquest of Jerusalem by the Crusaders in 1099, the hospital servants were joined by many from the Christian army, who resolved to devote themselves to the service of poor and sick pilgrims(easy access to dna). They soon became an order, which was military as well as religious, their chief undertaking being the protection of pilgrims on their way to Jerusalem. For this purpose commanderies were set up in the Mediterranean towns, and the members of the order became known as Hospitallers. Saladin forced them to retire to Acre in 1191, the last Christian stronghold in Palestine, which they held with great bravery for a century, but then after a terrible siege were compelled to sail to Cyprus.

In 1310 the knights captured Rhodes and seven neighboring islands from the Greek and Muslim pirates, and for over 200 years waged successful war against the Turks. In 1523 Sultan Solyman captured Rhodes, and after a short stay at Crete, Charles V. gave the Hospitallers the island of Malta, with Tripoli and Gozo. In 1565 the Corsair Dragut after capturing Tripoli, laid seige to Malta and at the end of four months was beaten off with a loss of 25,000 men. By 1798 the order was of of little importance, and Malta was surrendered to the French. Certain branches are still kept in Europe.

In the 12th century a bitter rivalry sprang up between the Hospitallers and the Knights Templar, which was fought out in 1259, the former being victorious. On the suppression of the Knights Templar in 1312, their 9,000 manors in different parts of Europe were added to the 19,000 already possessed by the Hospitallers. The brethren were divided into three classes, knights, chaplains and serving brothers, these last being fighting squires who accompanied the knights on their expeditions. The Hospitallers wore a red coat over their armor; their badge was a Maltese cross, enameled white and edged with gold; their motto was "pro fide," to which was afterwords added "pro utilitate hominum" "(for the faith and for the serving men")

In one of the old lectures of the last century, this dedication in Freemasonry to the two Saints John is thus explained:

"Q. Our Lodges being finished, furnished, the decorated with ornaments, furniture, and jewels, to whom were they consecrated?

Q. Thank you, brother; and can you tell me whom they were first dedicated?

A. To Noah, who was saved in the ark.

A. They were called Noachidae, Sages, or Wise Men.

Q. To whom were the Lodges dedicated during the Mosaic dispensation?

A. To Moses, the chosen of God, and Solomon, the son of David, king of Israel, who was eminent patron of the Craft.

Q. And under what name were the Masons known under that period?

A. Under the name of Dionysiacs, Geometricians, or Masters in Israel.

Q. But as Solomon was a Jew, and died long before the promulgation of Christianity, to whom were they dedicated under the Christian dispensation?

A. From Solomon the patronage of Masonry passed to St, John the Baptist.

Q. And under what name were they known after the promulgation of Christianity?

A. Under the name of Essenes, Architects, or Freemasons.

Q. Why were the Lodges dedicated to St. John the Baptist?

A. Because he was the forerunner(Trojan Horse) of our Saviour, and, by preaching repentance and humiliation, drew the first parallel of the Gospel.

Q. Had St. John the Baptist any equal?

A. He had; St John the Evangelist(Sesame Seesaw).

Q. Why is he said to be equal to the Baptist?

A. Because he finished by his learning what the other began by his zeal, and thus drew a second line parallel to the former; ever since which time Freemasons' Lodges, in all Christian countries, have been dedicated to the one or the other, or both, of these worthy and worshipful men.

The sun/son a.k.a. pseudo hermaphrodite , in the Egyptians mysteries, was symbolized by Osiris, the principal object of their rites, and whose name, according to Plutarch and Macrobius, signified the prince and leader, the soul of the universe and the governor of the stars. Macrobius says that the Egyptians worshiped the sun as the only divinity; and they represented him under different forms, according to the different phases of his infancy at the winter solstice in December, his adolescence at the vernal equinox in March, his manhood at the summer solstice in June, and his old age at the autumnal equinox in September.

Among the Phoenicians, the sun was adored under the name of Adonis, and in Persia under that of Mithras. In the Grecian mysteries, the orb of the day was represented by one of the officers who superintended the ceremony of initiation; and in the Druidical rites his worship was introduced as the visible representative of the invisible, creative, and preservative principles of nature. To the ancient worshipers, the movements of the heavenly bodies must have been something more than mere astronomical phenomena(the plan of the destruction of all peoples on the surface of the planet and the birth of the new psuedo hermaphroditic slave) ; they were the actions of the deities whom they adored, (new slave) and were invented with the solemnity of a religious character.

But, above all, the particular periods when the sun reached his greatest Northern and Southern declination, at the winter and summer soltices, by entering the zodiacal signs of Cancer and Capricorn, marked as they would be by the most evident effects on the seasons, and on the length of the days and nights, could not have passed unobserved, but, on the contrary, must have occupied an important of their ritual. Now these important days fall respectively on the 21st of June and the 21st of December. Hence, these solstitial periods were among the principal festivals observed by the Pagan nations. Du Pauw remarks of the Egyptians, that "they had a fixed festival at each new moon; one at the summer, and one at the winter solstice, as well as the vernal and autumnal equinoxes."

The Druids always observed the festivals of midsummer and midwinter in June and December. The former for a long time was celebrated by the Christian descendants of the Druids. The eve of St. John the Baptist variously called midsummer eve, was formerly a time of high observance amongst the English, as it still is in the Catholic countries. Bonfires were everywhere lighted, round which the people danced with joyful demonstrations, occasionally leaping through the flame.

The festival of the 25th of December was celebrated by the Druids in Britain and Ireland, with great fires lighted on the top of the hills. . . . .On the 25th of December; at the first moment of the day, throughout all the ancient world, the birthday of the god Sol was celebrated. This was the moment when, after the supposed winter solstice and the lowest point of his degradation below our hemisphere, he began to increase and gradually to ascend. At this moment, in all the ancient religions, his birthday was kept; from India to the Ultima Thule, these ceremonies partook of the same character: everywhere the god was feigned to be born and his festival was celebrated with great rejoicings.

The earlier ecclesiastical priests of the church had appropriated two days near those solstitial periods to the memory of two eminent saints, incorporated these festivals by the lapse of a few days into the Masonic calendar, and adopted these worthies as patrons of the Order. To this change, the earlier Christian Masons were the more persuaded by the peculiar character of these saints. St. John the Baptist by announcing the approach of Christ, and by the mystic ablution to which he subjected his proselytes, and which was afterwords adopted in the ceremony of initiation into Christianity, might well be considered as the Grand Hierophant of the Church; while the mysterious and emblematic nature of the Apocalypse assimilated the mode of instruction adopted by St. John the Evangelist to that practiced by the Fraternity. We are thus lead to the conclusion that the connection of the Saints John with the Masonic institution is rather of a symbolic character than of an historical character.

Posted by Jerd Guillaume-Sam at 10:00 AM