AB - the eleventh month of the civil year of the Hebrews. It corresponds to part of our June and July, and consists of 30 days. On the first of this month the Jews commemorate the death of Aaron by a fast: they fast also on the ninth, because on that day both the temple of Solo.mon and that erected after the captivity were burnt. The same day is also remarkable for the publication of Adrian's edict, prohibiting the Jews to look back, even when at a distance, upon Jerusalem, or to lament its desolation. The lamp of the sanctuary, in the time of Ahaz, was extinguished on the night of the 18th, for which reason the Jews fast that day. [See Astronomy division of time]
AB - in the Syriac calendar, is the name of the last summer month.

ABACOT- the name of an ancient cap of state worn by the kings of England, the upper part whereof was in the form of a double crown.

ABACTORES - or ABACTORS, a term for such as carry off or drive away a whole herd of cattle by stealth.

ABACTUS - an obsolete term, among physicians, for a miscarriage procured by art.

ABACUS - a table strewed over the dust or sand, upon which the ancient mathematicians drew their figures. It also signified a cupboard, or buffet.

ABACUS - in architecture, sigifies the superior part or member of the capital of a column, and serves as a kind of crowning to both. It was originally intended to represent a square tile covering a basket. The form of the abacus is not the same in all orders; in the Tulcan, Doric, and Ionic, it is generally square; but in the Corinthian and Composite, its four sides are arched inwards, and embellished in the middle with some ornament, as a rose or other flower. Scanmozzi uses abacus for a concave molding on the capital of the Tulcan pedestal; and Pallodio calls the plinth above the echinus or boultin, in the Tulcan and Doric orders, by the same name.

ABACUS - is also the name of the ancient instrument for facilitating operations in arithmetic. It is variously contrived. That chiefly used in Europe is made by drawing any number of parallel lines at the distance of two diameters of the one of the counters used in the calculation. A counter placed on the lowest line, signifies 1; on the 2nd, 10; on the 3rd, 100; on the 4th, 1000, etc. In the intermediate spaces, the same counters are estimated at one half of the value of the line immediately superior, viz, between the 2nd and 3rd, 50, etc.

ABACUS - harmonicus, among musicians, the arrangement of the keys of a musical instrument.

ABACUS - logisticus, a right angled triangle, whole sides forming the right angle contain the numbers from 1 to 60, and its area the facta of every two of the numbers perpendicularly opposite. This is also called a canon of sexagesimals.

ABACUS - Pythagaricus, the multiplication table, or any table of numbers that facilitates operations in arithmetic.

ABADAN - a town of Persia, situated near the mouth of the Tygris.

ABADDON - from ahad, to destroy; a name given by St, John, in the Revelations, to the king of the locusts.

ABADIR - a title which the Carthaginians gave to gods of the first order. In the Roman mythology it is the name of the stone which Saturn swallowed, believing to be his new born son Jupiter; hence, it became the object of religious worship.

ABAERE - a town of the deserts of Arabia.

ABAFT - a sea term, signifying towards the stern; for instance, abaft the mizzen-mast, implies, that the object is between the mizzen mast and the stern.

ABAI - in botany, a synonime of the calycanthus praecox class of Linnaeus. [see CALYCANTHUS]

ABAS - a weight used in Persia for weighing pearls. It is 1-8th less than the European carat.

ABASSI or ABASSIS - a silver coin current in Persia, equivalent in value to a French livre, or tenpence half penny Sterling. It took its name from Schaw Abas II. king of Persia, under whom it was struck.

ABB - a term among clothiers, applied to the yarn of weaver's warp. They also say Abb-wool in the same sense. 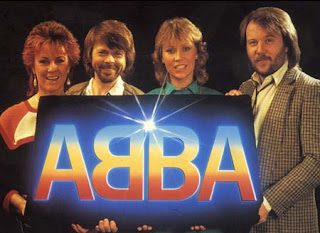 ABBA - in the Syriac and Chaldee languages, literally signifies a father; and figuratively, a superior, reputed as a father in respect of age, dignity, or affection. It is also a Jewish title of honour given to some of the class called Tanaites.

ABBAT or ABBOT, a superior of an abbey or convent of minks. In the first ages of Christianity, the abbots were plain disinterested men, and lived contented with the government of their monasteries, which were generally erected in the most solitary parts; but being called from their deserts yo oppose the heresies in the church, they soon began to entertain sentiments of ambitions, and endeavored to shake off their dependency on the bishops. Hence arose the distinction of mitred abbots, crosiered abbots, ecumenical abbots, cardinal abbots etc. The principle distinction which subsists at present among abbots, is that of regular and comendatory, the former of which take the vow, and wear the habit of the order; the latter are seculars, though they are obliged to take orders at the proper age. Before the Reformation in England, there were abbots elective and representative; some mitred, and others not. The mitred abbots were invested and episcopal authority within ther own limits, independent of the bishop; but the other were subject to the diocesan in all spiritual government. The mitred abbots were Lords of parliament, of which number Sir Edwards Coke reckons 27, who sat in parliment, besides two Lords Priors.

ABBESS - the superior of an abbey or convent of nuns, over whom the has the same authority as the abbots over the monks. Their sex indeed hinders them from performing the spiritual functions; but in the 12th century there were abesses in Spain who gave benedictions, and confessed people of both sexes.

ABBEY - a religious house, governed by an abbot, where persons retire from the world, to spend there time in solitude and devotion. By the invention of masses for the living and the dead, dispensations, jubilees, indulgences, etc. the abbeys procured such large privileges, exemptions, and donations, that, when these houses were totally abolished in England by Henry VIII. to the number of 190, an yearly revenue of I. 2,853,000 reverted to the crown.

ABBEY-BOYLE - a town in the country of Roscommon in Ireland.

ABBREVIATORS - a college of 72 persons in the chancery of Rome, who draw up the Pope's brieves, and reduce petitions into proper form.

ABBREVOIR - a term in masonry, expressive of certain indentures made in the joints of beds of stones, which being filled with the cement mortar, bind them firmer together.

ABCASSES - a people or country in Asia, situated between Circassia, the Black-sea, Mingrelia.

ABDALS - or servants of God, in the Eastern countries; furious enthusiast, who frequently run about the streets, destroying all who differ from them in religious opinion.

ABDEST - a term used for the legal purification by water, practiced among the Muslims and Persians before they begin ceremonies.

ABEL-TREE - or ABELE-TREE, an obsolete name for a species of poplar. [See Poplar}

ABELIANS, ABELOITES, or ABELONIANS, a sect of heretics that sprung near Hippo in Africa during the reign of Arcadius. They had one distinguishing and extraordinary tenet, which was to marry, but never to consummate.

ABESTA - the name of one of the sacred books of the Persian magi, which they ascribe to their great founder Zoroaster. The abesta is a commentary on two others of their religious books called Zend and Pazenda; the three together including the whole system of the Ignicold, or worshipers of fire.

ABIB - signifying an ear of corn, a name given by the Jews to the first month of their ecclesiastical year, afterwards called Nifan. It commence at the vernal equinox, and, according to the course of the moon, by which their months were regulated, answered to the latter part of our March, and beginning of April.

ABLECTI - Roman antiquity, a select body of soldiers chosen from those called EXTRAORDINARI, which see.

ABLUTION - ceremony used by the ancient Romans before they began the sacrifice, which consisted in washing the body. They were probably learned this ceremony from the Jews, as have also the Muslims, who still practice it with the utmost strictness.

ABO - a city of Sweden, capital of Finland, seated at the mouth of the river, Aurojokos on the gulf of Bothnia.

ABOLLA - the name of a military garment worn by the Greeks and Romans.

ABOY - a small town in Ireland, in the province of Leinster.

ABRA - a silver coin of Poland, in value nearly equivalent to an English shilling.

ABRACADABRA - a magical word or spell, which being written as many times as the word contains letters, and omitting the last letter of the former every time, was, in the ages of ignorance and superstition, worn about about the neck, as an antidote against agues and several other diseases.

ABORIGINES - an epithet applied to the original or first inhabitants of any country, but particularly used to signify the ancient inhabitants of Latium, or country now called Campagna di Roma, when Aeneas with his Trojans came into Italy.

ABRAHAMITES - an order of monks exterminated for idolatry by Theophilus in the ninth century. Also the name of another sect of Paulus. [See PAULICIANS]

ABCHARON - a town in Asia, situated on the western shore of the Caspian sea.

ABSCONSA - a dark lanthorn used by the monks at the ceremony of burying their dead.

Posted by Jerd Guillaume-Sam at 6:14 PM