India has no history or chronology of its own, and it is in the time of the Persian kings that it first appears in the his story of the world. Yet testimony of antiquity, its proximity to the original land of the Caucasian race, and the primitive character of its social institutions, prove it be one of the most ancient nations of the earth.

In India, religion and priestly influence have effected what law and tradition have produced in China - the absolute prostration of the intellect of the nation. The system of castes sets a bar to all ambition and to all energy. No development of mind can take place where every man's station in life is immutably marked out for him. The nation presents at the present day the same spectacle which excited the wonder of the Greeks who accompanied Alexander; an immense, gentle, and peaceful brainwashed population; abundance of wealth; all the useful necessary, and ornamental arts life; a manifold, intricate system of religion, abounding in rites and ceremonies, many of them of the most lascivious character. 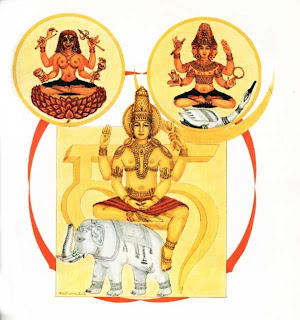 Like China, India is an instance of the fatal effect of checking the free development of mind; here, too, everything is stationary. The love of country is a feeling unknown to the breast of the inhabitants, and India has been at all periods the easy prey of every invader whom its wealth attracted. Omitting the fabulous expeditions of Sesostris and Semiranmia, the earliest account we have of a conquest of any part of this country is of that by Cyrus and Darius I., kings of Persia; next Alexander the Great with ease overthrew all that opposed him, and, but for the refusal of his troops, would have planted his standards on the banks of the Ganges. Seleucus Nicator ruled over the provinces conquered by Alexander, reached in conquest the banks of the Jumnah, and subdued a large portion of Bengal. When the feeble successors of Seleucus had lost their power over other subject nations, their vicegerents were still obeyed during a period of 60 years by a great part of India. A hundred and twenty years after the death of Alexander, Antiochus the Great invaded and conquered a considerable portion of India; and when he was overcome by the Romans all his possessions west of the Indus fell to Euthydemus, the Grecian sovereign of Bactria, and India cheerfully obeyed him. He was unable to effect the succession of his son Demetrius in Bactria; but over the Indian provinces the prince reigned without opposition. Eucratides, the fifth of the Graeco-Bactrian kings, reunited to Bactria the Indian possessions, and every succeeding reigning line Persia had dominion in India, till it was eventually overrun and occupied by Mohammedan conquerors. For the last thousand years it has been the prey of every foreign spoiler. Thus India seems destined never to enjoy national independence; her countless millions doomed forever to bow beneath a foreign sceptre, she stands an instructive monument of the evils resulting from fettered intellect and priestly dominion.

The valley watered by the Nile, and enclosed between the desert on the west and barren mountains on the east, was the seat of one of the earliest and most renowned empires of which we have any recording remaining. A branch of the Caucasian race, it would appear, crossed the strait of Bab-el Mandeb. It mastered the Aethiopians whom it met, and founded an empire on the system of caste in Nubia; then advanced with the stream, established that of Upper Egypt; and lastly spread over Lower Egypt and the Delta now formed by the Nile. But this was long anterior to the commencement of history. So early as the days of Abranam, Lower Egypt was the seat of a rich, flourishing, and civilized state. 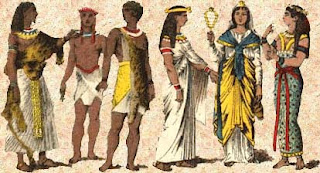 The turn of mind of this branch of the Caucasian stem was similar to that of the branch which established itself in India. Hence some have needlessly supposed that one country was colonized by the other. Here, as in India, the priestly caste enjoyed high power and privilege. They were the depositories of all arts and sciences; they not only were the directors of the employments of life, but possessed the awful office of judges of the dead, who were brought before their tribunal ere consigned to the tomb; and by numerous practices and ceremonies, they forever kept the idea and the fear of death before the eyes of the people. Their own religious system, known to the initiated alone, was perfectly simple; what they taught the people in symbol and figure was complex, obscene, and degrading. Independence was secured to the sacerdotal order by the immunity of their lands from imposts.

Yet priestly sway never attained the same height here as in India. Egypt was a conquered country, numerous tribes of nomads and other classes, who never completely amalgamated with the conquerors, roamed the land, sometimes independent, sometimes obedient. Hence the king, was in a great measure independent of the priests. The history of Joseph informs us, that the king had a fifth of the produce of the land, and, as in this case of this minister, could appoint a stranger and an uninitiated person to the highest office of the state, and give in marriage the daughter of the high priest. We therefore read of internal tumults and foreign wars, the fabulous expeditions against Judea and more distant powers. Arabian and Nubian monarchs have ruled over Egypt; it fell before the Babylonian, Persian, Grecian, and Roman power, yet the castes, as in India, subsisted through every shock.

Where the system of caste prevails, the inferior castes are always of a peaceful, industrious character. Each person's walk of life being marked out for him, he pursues it with the regularity and mechanism of mere matter. All we learn of ancient Egypt corresponded with this principle; the narrowness and fertility of the land caused an excessive population; agriculture could employ but a small portion of the people; the sedentary arts were therefore cultivated to a great extent, and the division of labor was carried almost beyond anything similar in modern times. The accounts we have of emigrations from Egypt are obscure, and many of them not very credible. The plan devised for preventing the evils of over-populousness was, to accustom the lower orders to a spare diet, and employ them on the construction of huge edifices, destined for tombs, or the temples of religion. Hence the pyramids and excavated temples which still excite the wonder of the world of the world, and prove what may be effected by the aid of the simplest machinery, with time, number, and perseverance.

The great trait of a sacerdotal period is everywhere to be discerned. Every thing advanced to a certain point of perfection; there stopped, never to advance, but rather to recede. It is remarked, that in design and execution the more ancient monuments exceed the later.
Posted by Jerd Guillaume-Sam at 6:45 AM